Glamorous and elegant bouquets in blue will be a great gift for your beloved for a romantic dinner, birthday, wedding. Blue flowers in Moscow can be ordered here. Great prices and quality assurance. Such a gift will never be forgotten. 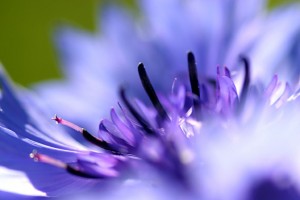 Such buds are rare in nature. In bouquets they look mysterious and even exotic. Indeed, for some of them, this color is completely unnatural. For example, blue roses and eustomas were bred by breeders; they did not originally exist in nature. The most common blue flowers in bouquets are irises, roses, hydrangeas, eustoma.

Who are they given blue flowers to?

It is customary to present them to both men and women. They often end up in corporate and school bouquets. Blue flowers are preferred by extravagant, creative personalities. They have no age limit.

Esotericists believe that irises have healing energy associated with the ability to expand our consciousness. The symbolism of this plant is associated with the shape of its leaves. Which resemble a sword. Iris is a combination of sharpness and delicacy, belligerence and softness. It is considered a symbol of harmony between masculine and feminine principles. Favorably affects family relationships. It is customary to give them not only to women, but also to men.

Hydrangea means "remember me" in the language of flowers. Blue hydrangea is associated with modesty, sincerity, hope. This is a female flower. In Europe, he also gained fame as a cold, emotionless handsome man. Some garden flora lovers believe that hydrangea can ward off diseases. Therefore, they can often be seen on personal plots and window sills.

The meaning of eustoma lies in its name. It comes from the Greek words "beautiful" and "mouth". Fully translated as "lovely mouth". However, this flower has many names. Another official one - Lisianthus is translated as a blossoming or bitter flower. In addition, the eustoma is also called the Japanese, American, Irish and mountain rose, the queen of the prairie, the Texas bell.

Initially, the eustoma did not have such bright shades. They were bred by breeders. White eustomas symbolize purity and tenderness, pink - sympathy and sincerity, blue - sadness, and purple - wealth and success. In many countries, it is customary to bring blue eustomas to funeral rites, and use white ones at weddings. Today, only selective eustomas are on sale, since wild ones are considered an endangered species and are listed in the Red Book. They were deduced by Japanese scientists about 20 years ago. They symbolize the achievement of what was conceived, the embodiment of plans, the fulfillment of dreams, the victory of a human genius over nature. It is considered both a female and a male flower.

Color therapy - the effect of blue flowers on a person

The connection between health, temperament of a person and the surrounding colors, people noticed in the Middle Ages. Blue color normalizes sleep, calms, helps with melancholy and tantrums. This flora helps with headaches and cramps. Blue therapy is widely used in the correction of mental disorders.

Where can you find blue bouquets in Moscow?

You can see a selection of the most beautiful bouquets of blue flowers in our online store. We deliver flower arrangements to the specified address. Call and order, we will be happy to help you!

The "Blue Bird" bouquet will help to establish friendly contacts. To win over a person. If you put it in a room, it will not only decorate it, but also fill it with a delicate delicate aroma. Do not forget that irises can expand consciousness and soothe.

Your shopping cart is empty!